Since my last update, we have taken part in many different tournaments and events:

9 schools entered the quicksticks hockey tournament at Beckfoot Oakbank, thankfully we were the only school who had two teams and both of our teams qualified for the next round. 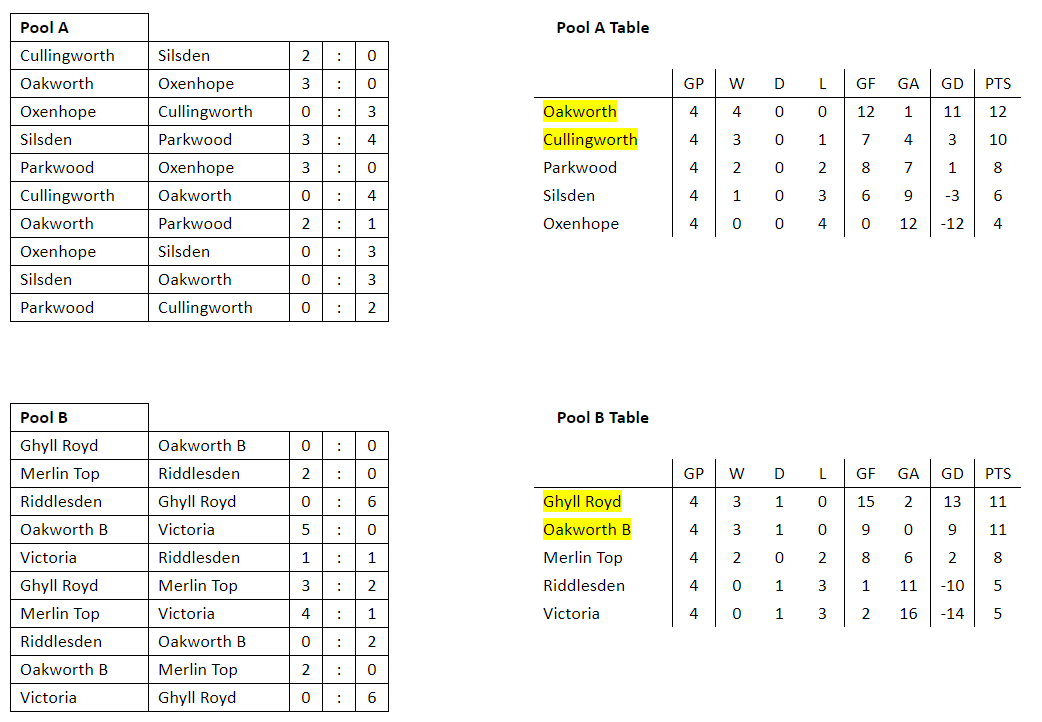 Unfortunately on the date of the Bradford Finals our Y6 children were away at Lockerbie on residential. Our Y5 students took part in the finals and played in true Oakworth spirit showing grit, determination, sportsmanship and resilience.

We are hosted a Bronte Academy Trust dodgeball tournament in which over 25 children took part and thoroughly enjoyed competing against other schools.

The cross country season is in full swing and we have had over 40 different children take part in at-least one race with over 30 competing in both races. The current league table can be seen below: 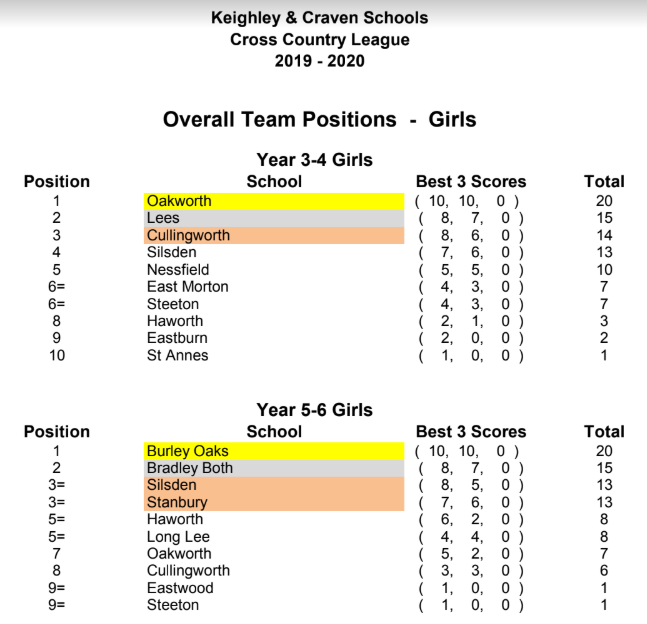 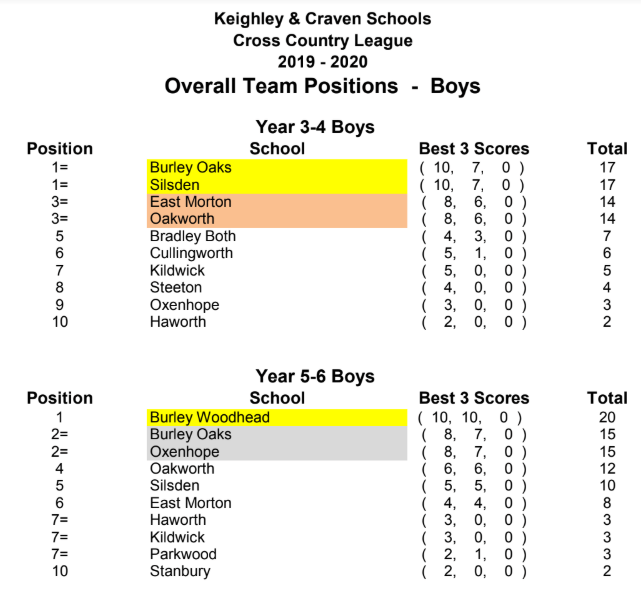 Our U11 boys football team competed at the Bronte School Games and finished 3rd, the league table can be seen below:

The U9 football team won the first round of the tournament conceding just one goal in 5 games. Sadly at the finals the Y4 team were on residential at Winmarleigh hall, we fielded a Y3 team and they played incredibly well, winning one game.

Boccia – The Boccia results are listed below. The very young team performed incredibly well and thoroughly enjoyed the occasion.

Since my last update, we have taken part in:

The Swimming Gala at Shipley swimming pool where we finished seventh - A fantastic effort from a very young team.

Within the Trust we have held a Frisbee tournament, an athletics tournament which was sadly cancelled due to poor weather and we are hoping to have a Y5/6 rounders tournament soon.

We have won both the U9 and U11 local tournaments at Oakworth CC. We progressed to the second round where our U11’s finished 3rd and our U9’s won the Yorkshire Summer Smash meaning they will progress to represent West Yorkshire at Headingley on the 19th July followed by watching the T20 (Yorkshire Vikings v Notts Outlaws). Bring it on! 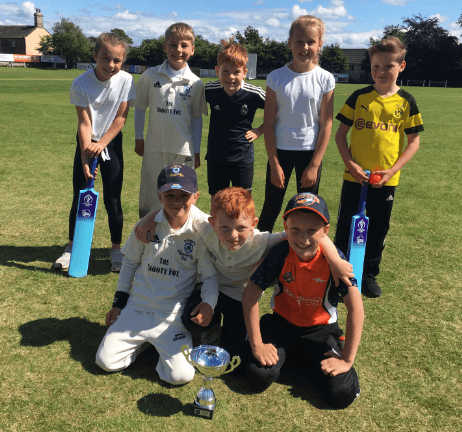 We attended the Brownlee Foundation Triathlon at Bradford Grammar where we took 56 children to take part in the three disciplines (swimming, cycling and running). The children did amazing and for the vast majority it was their first experience of a triathlon and representing school. I am led to believe we took the most children of any school in which over 1,400 children took part. 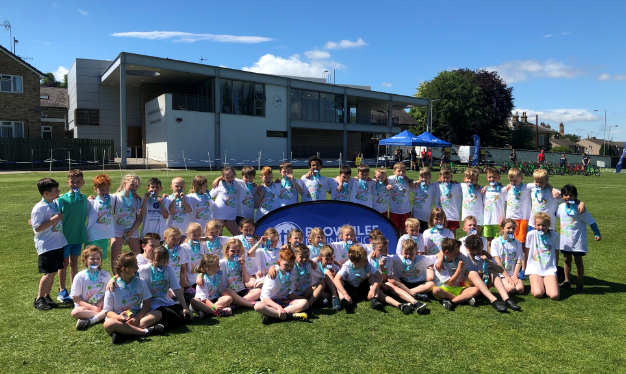 On behalf of the Trust can we please thank Ilkley Lawn and Tennis Club for our invitation to attend the Ilkley Trophy. We took 37 children to take part in a tennis session and watch the professionals. We watched Fratangelo beat Peniston 7-5, 6-4. Fratangelo will be representing USA at Wimbledon.

Next up Sports Day on the 28th June.

Since my last update, we have taken part in:

More details are available on the link below:

The final race is at Silsden Park on the 14th March.

We have also taken part in another separate cross-country even in which we gained three teams to represent the Bradford district at the West Yorkshire Finals at Temple Newsam. This was a superb event in terrible conditions but our children did themselves proud and produced some superb results in a very competitive and tough field.

We had three teams through to the Bradford Winter Games in the following sports and performed superbly!

U9 Football – Champions conceding just one goal in two tournaments, winning the final 3-1.

Last but not least we have taken part in a dodgeball festival through the Bronte School games.

Next up we have a swimming gala on the 9th March. 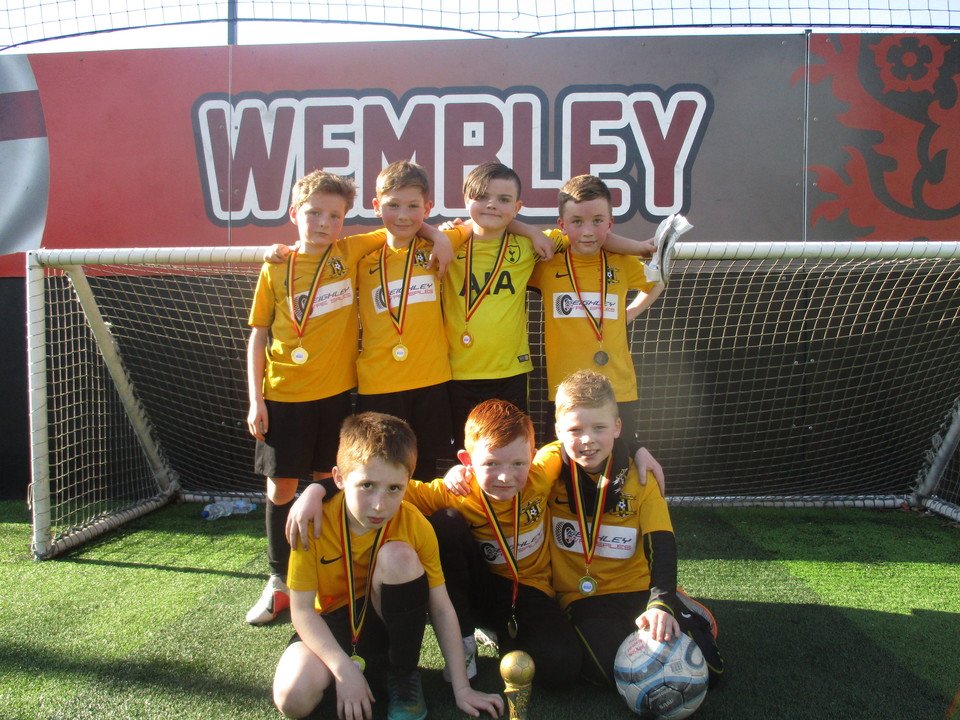 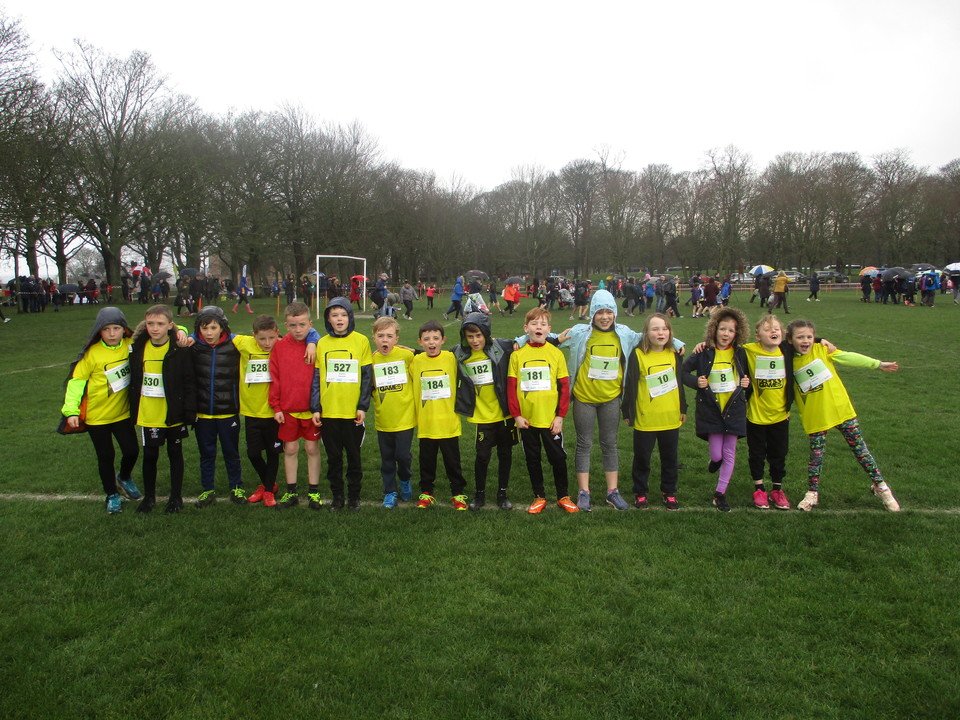 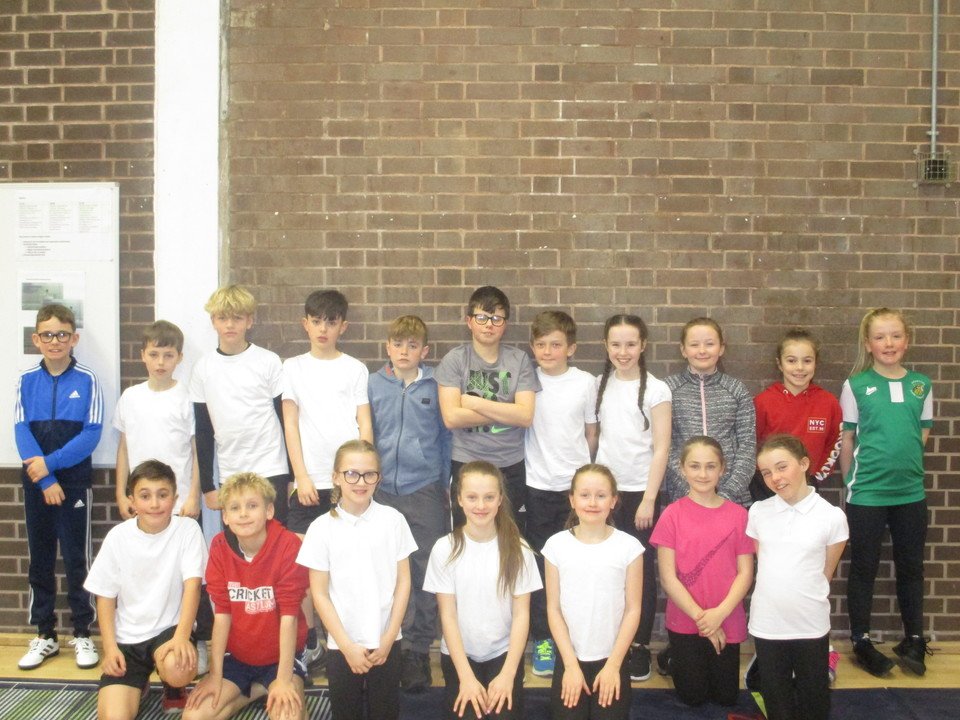 Over the Autumn term we have had lots of sporting success across multiple areas. We have taken part in various events as part of the Bronte School Games and have qualified for the Bradford Winter Games in the following sports:

The Winter Games Finals is on the 25th February. Bring it on!

In addition we have also progressed through to the next round of the National Football League Trust competition. We took part in a tournament at Bradford Park Avenue and won. The next round will be at Harrogate Town FC with the overall final at Wembley, England's national stadium.

More details are available on the link below:

Some teams and individuals have also qualified for the Bradford qualification race-day with the chance to progress to the West Yorkshire event.

We also took part in our first Bronte Academy Trust tournament. We held various tournaments including handball, archery and curling.

Last but not least we have also become the U11 Bradford Dodgeball champions. Well done to all those who took part. 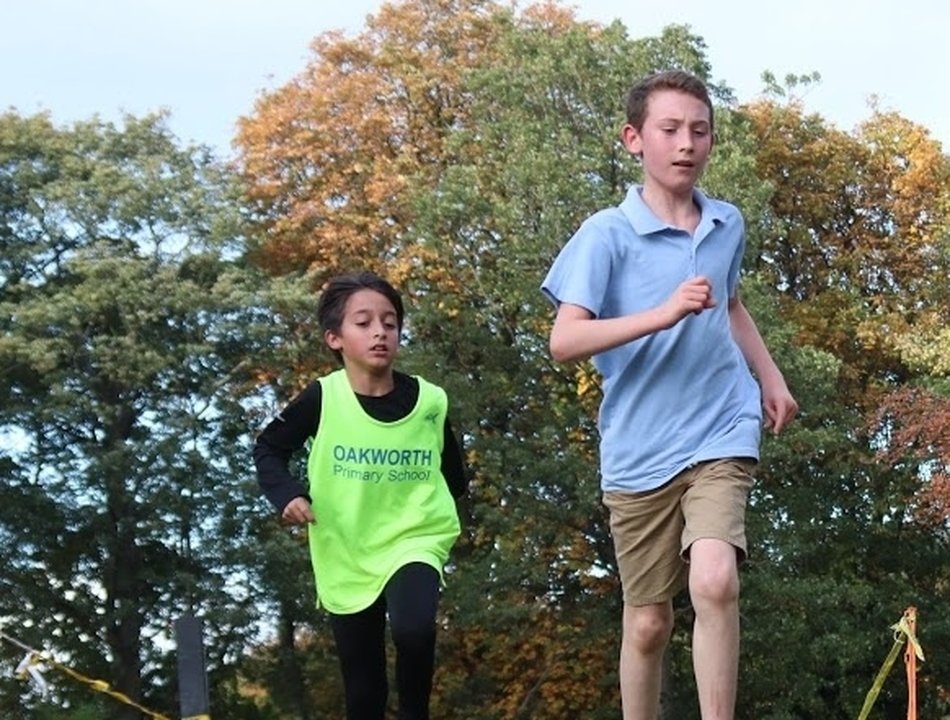 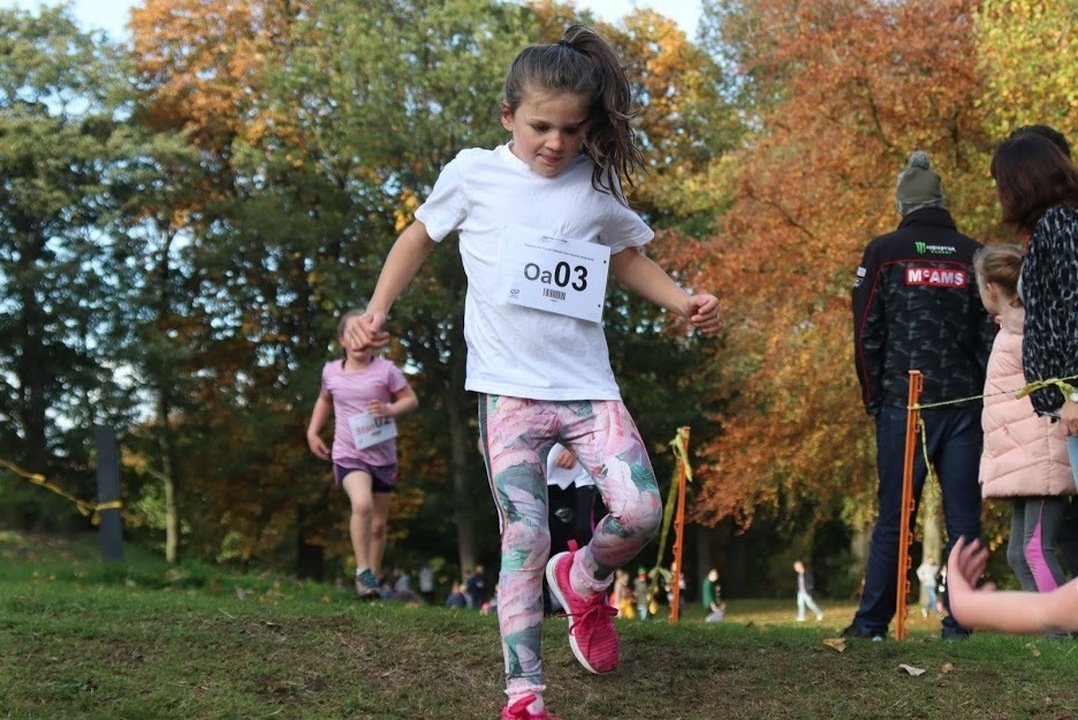 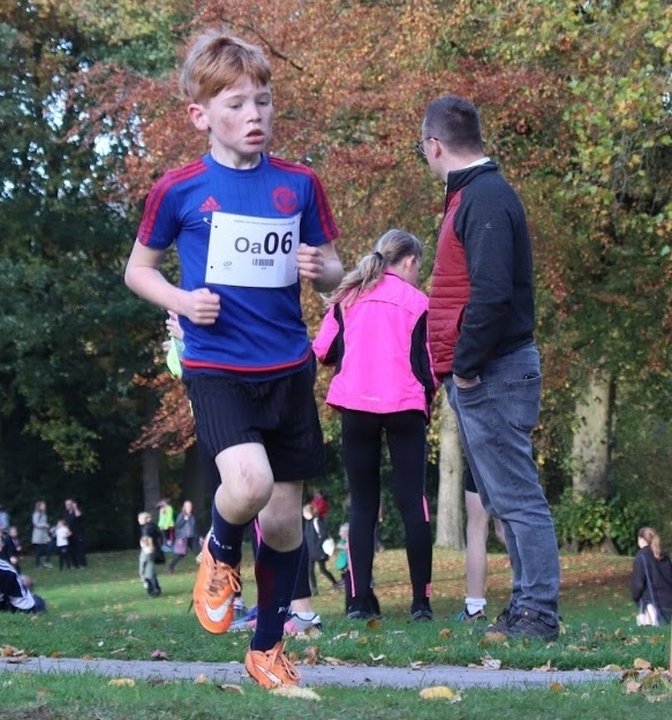 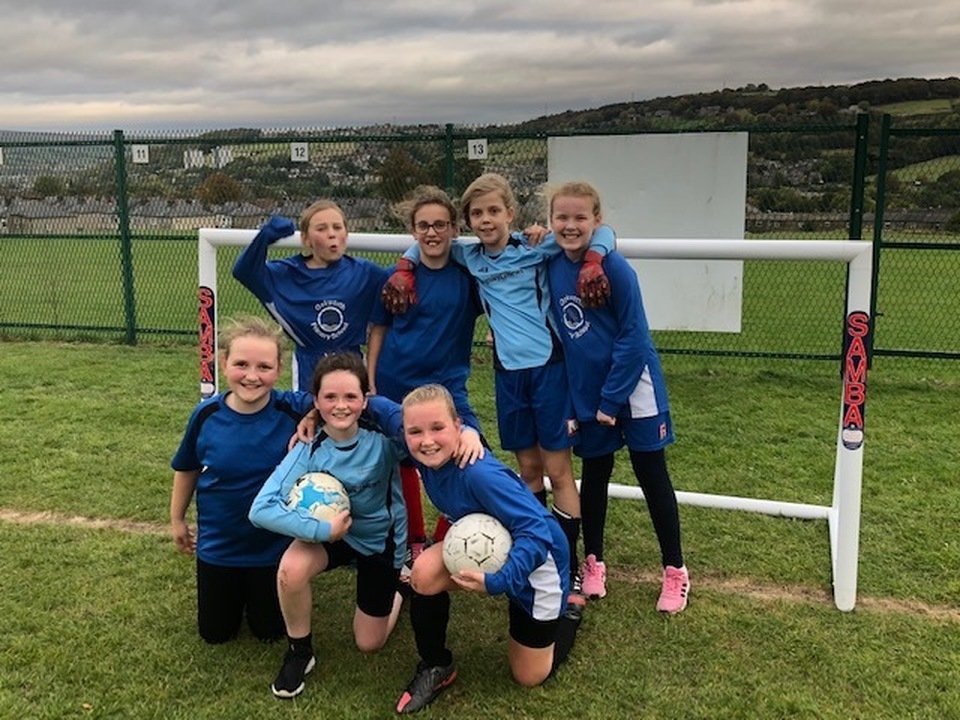 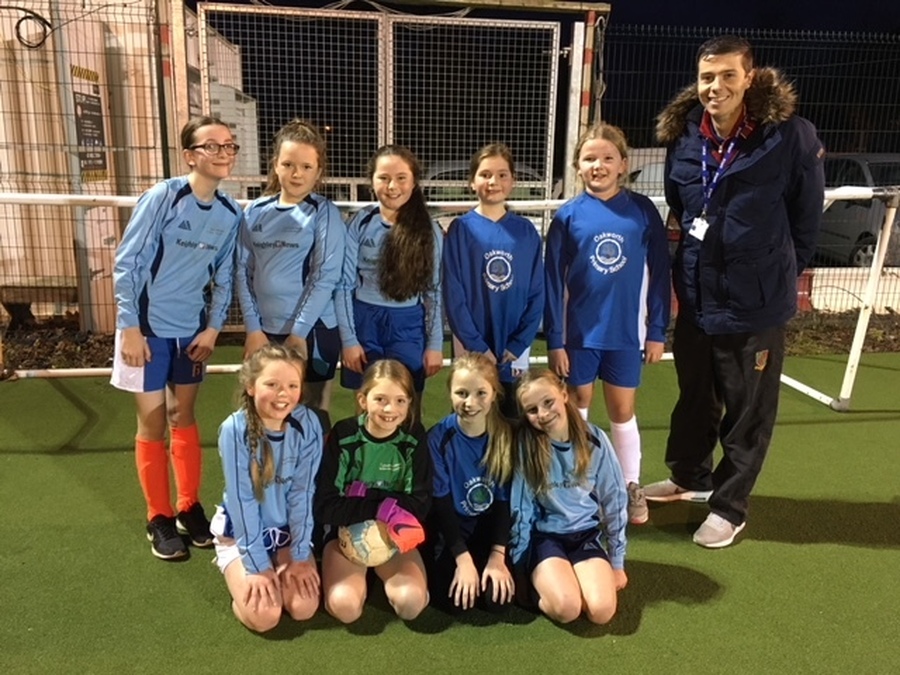 Congratulations to our Year 6 Girls Football Team who won the Bronte School Games scoring 9 goals and conceding just two. The final is on the 9th February at Hanson Academy. Bring it on! 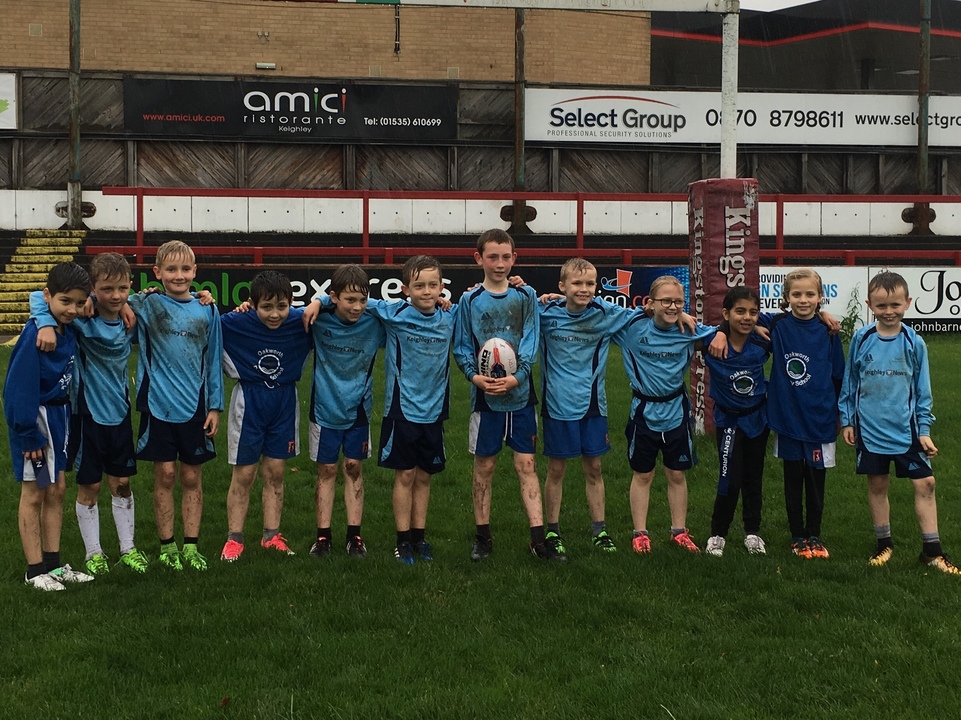 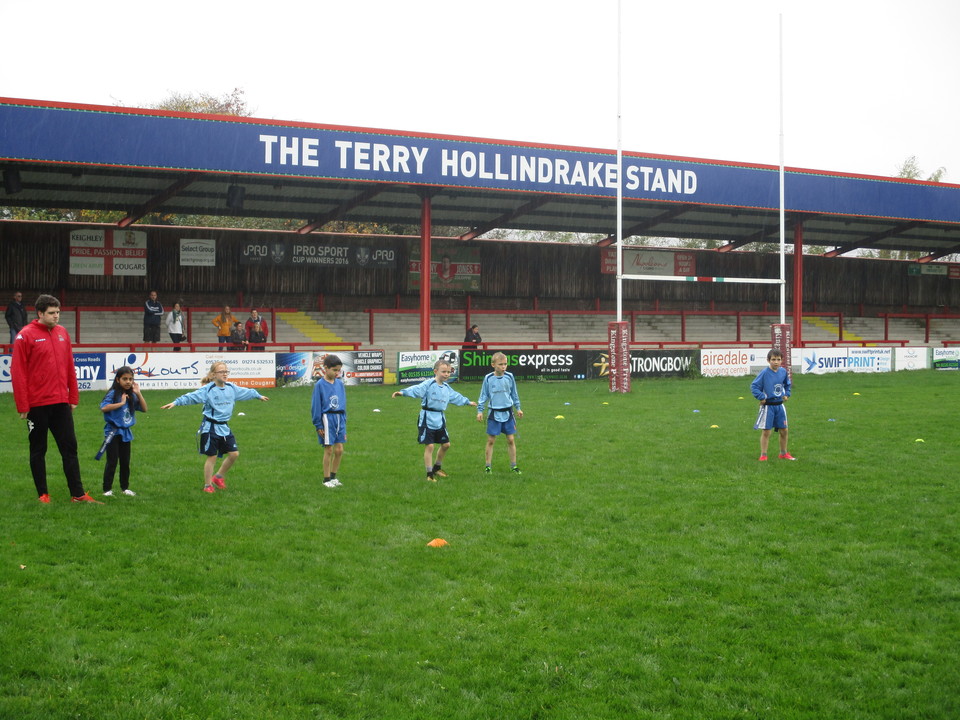 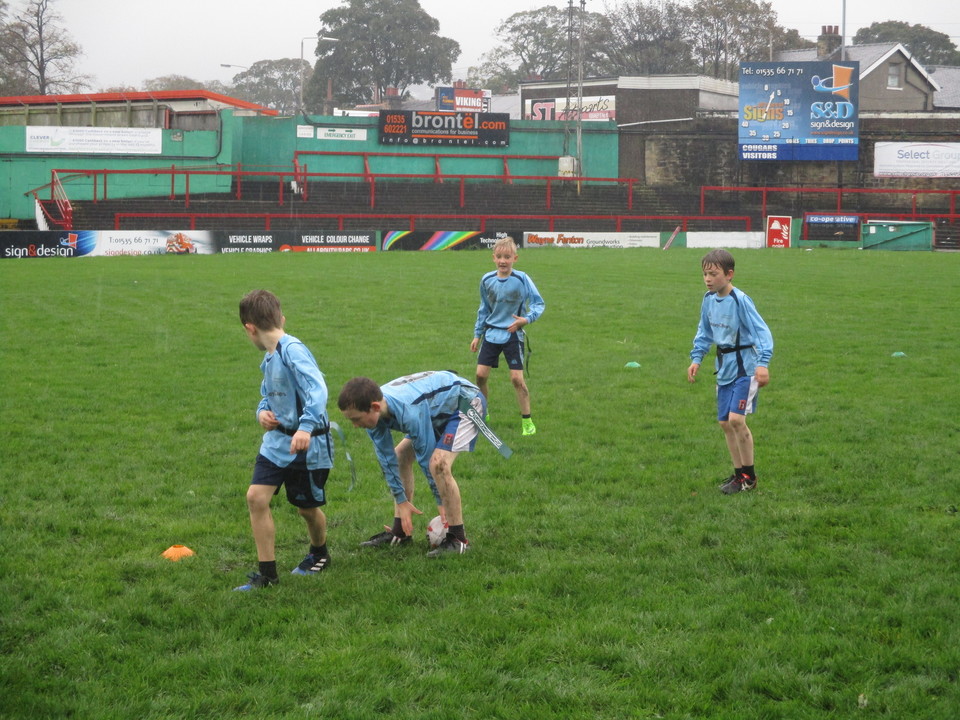